As Ambassador and Consul General of Japan in New York, I am dedicated to serving as a bridge in this new chapter of U.S.-Japan relations; one that meets the political and economic demands of the 21st century, as well as the nation each has become.

To this vibrant city which plays an essential role in international relations, I bring with me years of experience, ranging from my most recent position as Assistant Minister/Director-General for the Economic Affairs Bureau at the headquarters of the Ministry of Foreign Affairs, to my initial post at the Embassy of Japan in Washington, D.C. in 1997. In the decades between, I served at MOFA as Director of the First Southeast Asia Division and the First North American Division in 2007. This was followed by my work as Executive Assistant to two Prime Ministers and as Deputy Director General for the Asian Affairs Bureau, then a return to Washington, D.C. as Minister for Economic Affairs in 2013.

These assignments have afforded me great opportunities: to learn of the vitality of different cultures and to facilitate recent developments in Japanese foreign policy, such as the U.S.-Japan Economic Dialogue, Economic Partnership Agreements and negotiations of the Trans-Pacific Partnership. Such bilateral and multilateral engagements, time spent working with three successive U.S. administrations, and, of equal importance, my cherished friendships with Americans, have all deepened my understanding of, and affinity for, the U.S.

In these rapidly changing times, and on levels ranging from statecraft to individual exchanges, I will be active in strengthening people-to-people relationships between the Japanese and American people in the area. It is my sincere hope that our endeavors will advance the strong, collaborative relationship between Japan and the U.S., and ensure a brighter, shared future as a whole. 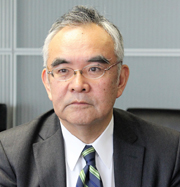