Growing Demand to Study in Japan from Overseas Students

Japan has seen an increase in the number of foreigners traveling to its shores. While many of these travelers are tourists, the number of people looking to live, work, and study in Japan has also been increasing. According to statistics from the Ministry of Justice, there were over 2,200,000 foreign residents living in Japan as of 2015, the latest date for which statistics are currently available. This constituted an increase of over 200,000 people in the two years since 2013, and this number is set only to continue to increase.

The increase in foreign students studying in Japan has been especially dramatic in recent years. The number of international students rose from just over 180,000 students in 2014 to nearly 240,000 students in 2016, according to the annual survey of international students in Japan conducted by the Japan Student Services Organization (JASSO), an independent administrative institution established under the Ministry of Education, Culture, Sports, Science and Technology (Monbukagakusho). This contrasts sharply with an increase of less than 10,000 students over the three years prior to 2014. The same survey also reports that the vast majority, 93%, of these students come from Asia, followed by European students at 3.3%, and North American students, which comprised only 1.3% of the total. More than 60% of these students are in Japan to pursue a graduate degree, which the majority of students either pursuing a Humanities, 46.5%, or Social Science, 25.5%, degree.

Many Japanese corporations are looking for talented individuals who are up to the task of competing in an increasingly globalized environment. In order to remain competitive, part of the hiring strategy for many companies is to recruit foreign nationals. Examples include such diverse companies as Lawson, a major convince store chain; Rakuten, a leading Japanese e-commerce site that has made English its official in-house language; and Fujitsu, an information and communication technology company. The growing international student body in Japan is a natural place for companies such as these to recruit foreign workers.

If you, or someone you know, is interested in studying in Japan, JASSO offers information about Japanese universities and scholarships that provide high achieving students with the opportunity to live and study in Japan on their website.

Judging from the record levels of international travelers visiting Japan in recent years, it is easy to see that Japan is experiencing a boom in tourism. Amid this rise, the number of tourists from the United States has reached record levels every month for over two years and running. In 2015, the annual number of annual visitors from the U.S. exceeded 1 million for the first time. This trend shows little sign of abating, with nearly 1 million people traveling from the U.S. to Japan between January and September this year, an over 20% increase over same period last year....

Interest in the United States about Japan has been steadily growing in recent decades. For example, many popular video games are made by Japanese companies, and anime has become relatively commonplace on mainstream television in the U.S. Many American children and adults are introduced to Japan through these kinds of media, which in turn leads some people to want to learn more about Japan and study Japanese. On their own, they can be fun and interactive ways to learn the language; however, deeper cultural understanding and linguistic fluency usually requires more rigorous methods of study.... 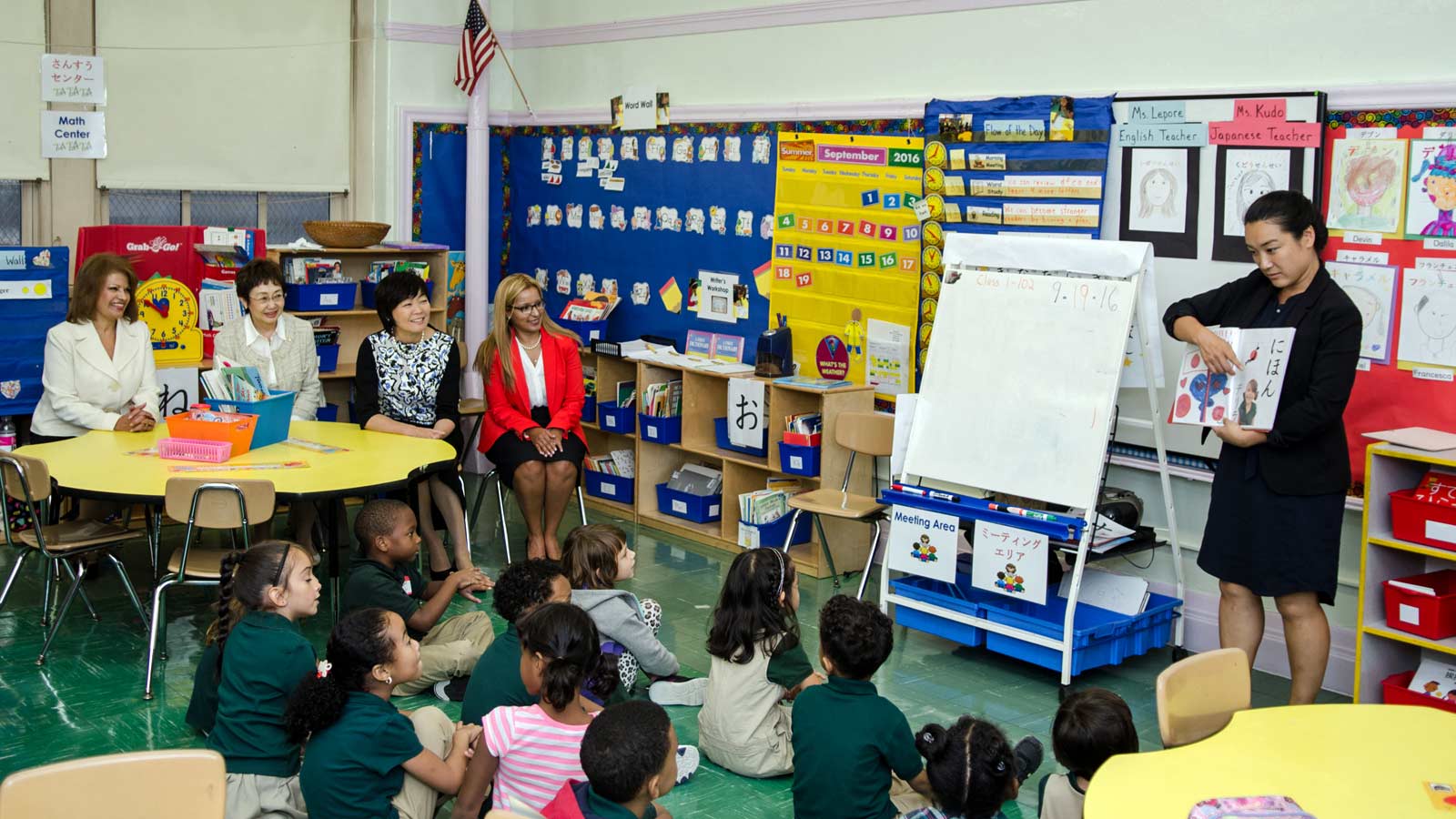 Have you ever thought about studying Japanese? Does it sound hard? Well, right now there is a group of students at a public elementary school in Brooklyn who receive half of their education in Japanese. This is not an English to Japanese translation of what they are learning either. These kids are listening to their teacher, responding, and talking to each other in Japanese....

Japan Info is a publication of the Consulate General of Japan in New York. However, the opinions and materials contained herein do not necessarily represent the views or policies of the Government of Japan.